Discover the Incredible History of Breitling and the Navitimer

Discover the Incredible History of Breitling and the Navitimer
Breitling was founded in 1884, high in the peaks of the Swiss mountains, very shortly after the first successful manned flight in 1884, by Léon Breitling. Thus beginning the companies century-old connection to the aviation industry. Leon Breitling was an incredibly skilled watchmaker who's expertise in creating timepieces and sophisticated measuring tools lives on in the brand to this very day and especially in the posthumously released Navitimer, by far one of the most recognizable and iconic aviator watches of all time. 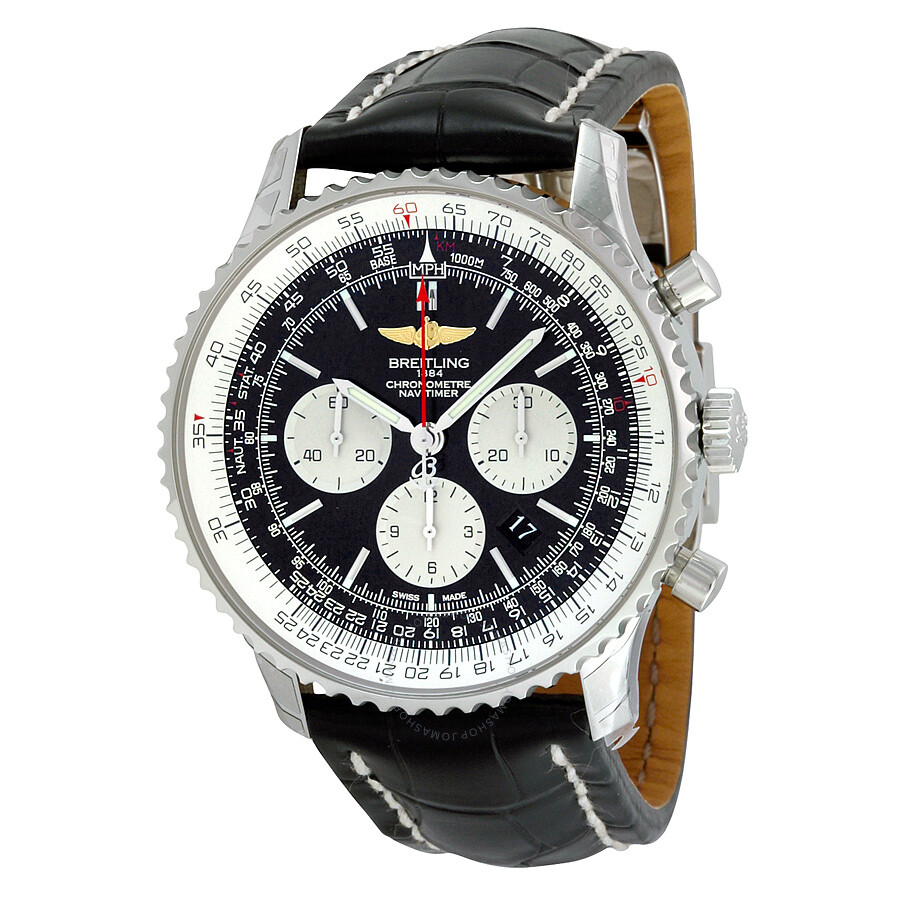 The Navitimer is a masterpiece of design and engineering that has been a part of the public consciousness and pop culture since it's inception in the 1950's. With more than 60 years on the market, the watch has proven itself time and time again to be one of the most cutting-edge and reliable chronograph watches available for sale, anywhere, ever. Pilots from around the world still use the Navitimer, it's issued as standard equipment by Air Forces across the world, and John Travolta, not only has a collection of them but is also their ambassador, but this watch came from much humbler beginnings.

The Navitimer is in many ways a development of an earlier watch, the 1942 Breitling Chronomat. The Chronomat was most certainly popular in its time, but something about it just didn't sit right with the design department at Breitling and that was its typical slide rule bezel. Over the next 10 years, Breitling worked painstakingly on improving this characteristic of their watch and in 1952 they were ready to share their new watch with the world; The Navitimer, which featured the now iconic slide rule bezel, which could be used to calculate complex operations without the need of any other instrument. This, along with the companies history with the United States Air Force (the 1942 Chronomat utilized an out-sourced movement, the Venus 176, which was very popular with the USAF) led Breitling to dedicate and direct their brand exclusively towards pilots.

The first Breitling Navitimer watch included a somewhat unofficial endorsement by the “Aircraft Owners and Pilots Association”, that being the now well-known double-wing logo). It was a long 8 years later that Breitling and the AOPA actually began working together officially. This partnership went a long way in cementing the already sterling reputation of the Navitimer amongst pilots, who in their droves had already adopted the "mini-computer" (as it had come to be known), into their personal and professional lives.

It wasn't until the late 1950's that Breitling came to experiment with their use of marketing and ambassadors, a strategy they are renowned for these days and a strategy that has worked very well for them over the years. These campaigns further cemented them as a brand with advanced aviation expertise, leading them to work alongside aircraft manufacturers, such as; Boeing, who used Breitling instruments in some of their crafts.

In the years since it's inception, the Navitimer has become a design classic, especially for its iconic bi-directional rotating bezel, which came to inform its name, an interpolation of the words "navigation and timer"; Navitimer. The combination of a navigation calculator with a chronograph allows pilots to perform complex calculations (speed, distance, fuel consumption, etc) reliably and quickly and in potentially the most stressful of situations, all from their wrist. It's a testament to the functionality and quality of the Breitling Navitimer that the watch has changed very little since it's inception in 1952 and still helps tens of thousands of pilots the world over to make their flights safely.

Despite its rich aviation heritage, the Breitling Navitimer is not only for pilots. Over the years it has developed an intense following from watch collectors and consumers alike, who value the brand's great design, quality, and heritage. Ensuring that, despite massive advancements in aviation technology, the original "mini-computer" still is an important role to play in the industry.
<![endif]-->